A Need for a Representative:

The original PMC website was put together by a young man who came through Tanzania from the USA, and offered to put up a website for the church/ministry. But we knew nothing of how to keep it updated.

One positive contact, in about 2001, was with Ruth Marlene Friesen of Canada, who worked with a tract mission in Saskatoon, doing a website for them, and a number of others, all while a live-in caregiver for her elderly father. When she saw the PMC website, she suggested some improvements, and eventually offered to do it over.

Gradually, Pastor Gervase began to look to Sister Ruth for good advice and discernment, sometimes asking her to be his intermediary when he felt his poor English would hinder a new international relationship that he wanted to get off to a good start. In late 2010 she offered to do the whole site over in a fresh and more effective way, using new knowledge she had gained in other areas.

A new contract formalizing the roles Agent Sister Ruth was already fulfilling was drawn up. The need for an international representative has been met by God Himself.

Sister Ruth used Pastor Gervase's raw ideas and wrote up a batch of volunteer job profiles, which resulted in a team of World Race volunteers coming to help the PMC with several of those projects in September 2011. 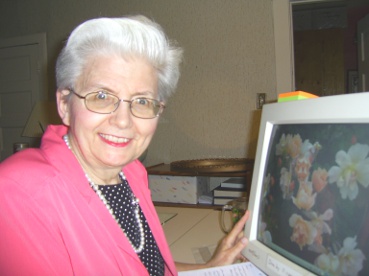 For those who want to know a little more, I'll give you a bit of a profile, so you can know who you are dealing with on this site.

I live and work from Saskatoon, Saskatchewan, Canada. I have never been to Tanzania, but now often daydream of making a trip so I can see for myself what their circumstances are really like. I am sure there is much I would understand better if I could be there in person. In due time, I believe the Lord will work that out too.

God seems to have prepared me for this role all my life, by giving me creative interests and a passion for missions very early in my life. Even the skills I have picked up over the years all seem to mesh together well now for the kind of work I do, not only for this PMC site, but also several other missions and ministries that I help.

I received Christ as my personal Saviour, when a young girl, about age nine. Already then I had a desire to be a missionary, and was convicted that I needed to receive Christ myself before I could help save others. As I grew older I was always involved in church work. I began to teach Sunday School as a teenager, and later worked as a leader in Pioneer Girls and AWANA and Vacation Bible Schools. I enjoyed working with children, and had the joy of leading some children to faith in Christ, but I found that I also liked the administrative work behind the scenes.

In 1983 I moved back home to care for my aged parents. Gradually I did less childrens' ministry work, and more longer, deeper prayer times, and writing for publication. After my sickly mother died in 1997, it was just Dad and me, and although he needed me there, he did not need so much nursing care, so I was able to get a computer and go on the internet. I was hoping to learn how to publish my book (on almost zero income). But I learned many other things too, including website building, and publishing online. These skills have become my main means of ministry now in my senior years. Especially since Dad died in 2007 and I am on my own again. (My siblings and their children are scattered across four provinces of Canada).

I find myself grateful for my singleness as I can devote myself fully to serving the Lord by helping a number of missions. I was a missionary at WesternTractMission here in the city for five years. I am now semi-retired and working on the internet.